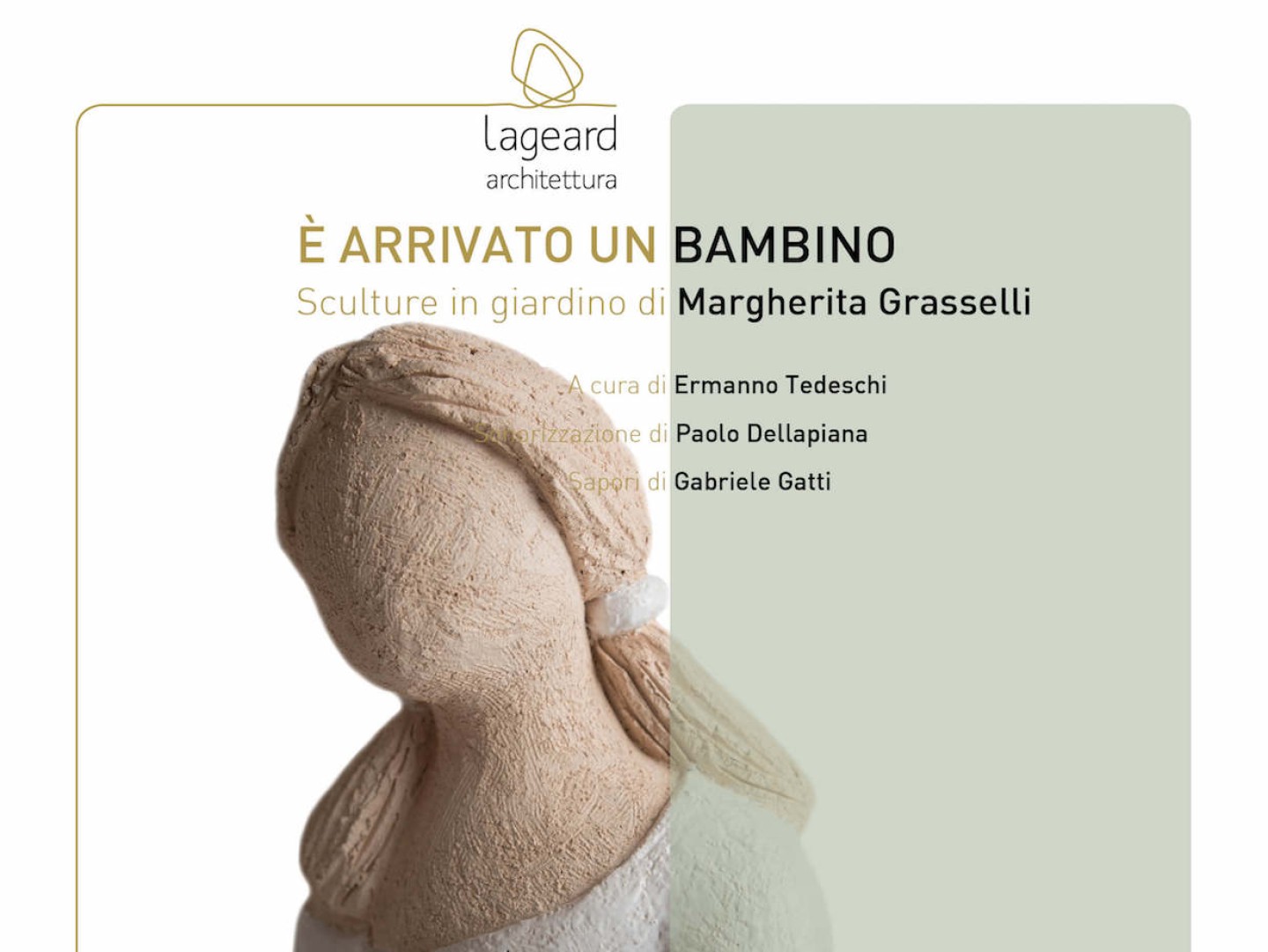 A child is arrived

A child is arrived
<

M argherita is a sculptor, a special person with uncommon sensitivity and energy, appreciated in the years for the quality of her wonderful work but also for the extraordinary message of serenity, peace and sweetness transmitted by her Raku clay creatures. The delicacy of the shapes in her artworks, the care for the details and the choice of the colors have enchanted many people; ultimately in particular a love between Turin and the roman artist is born.
The first Turinese stop of Margherita’s dolls was my office in Turin where it was looked up from some collectors and recently the second stop has been the magic park of Villa Sassi where some clay children was chatting, having sun and relax on the grass.
In this occasion, there was a meeting between two professionals of the beauty: Margherita Grasselli and Michela Lageard, this one working on the refurbishment of Villa Sassi, a real landmark for Turin. At the first view of Margherita’s sculptures, the architect and her son Giovanni remained enchanted and so she proposed to me and she to organize an event in her studio garden, near the hill of Turin.
The real catalyst element of this amazing party has been Giovanni, the Michela’s son, that with his enthusiasm and smile has inspired Margherita to sculpt for the first time in Turin a kid of a son instead of a daughter. So Giovanni is born, that will debut in the gardens of Lageard Architettura, one of the most appreciated offices in the city, particularly for the research of new interior and outdoor environments, destined to be enhanced with artworks. A special thanks to Margherita for her commitment and to Michela for her hospitality, with the guarantee that in the Lageard’s garden on 12th June we will breathe a special air, a mix of art, nature and love for the beauty. 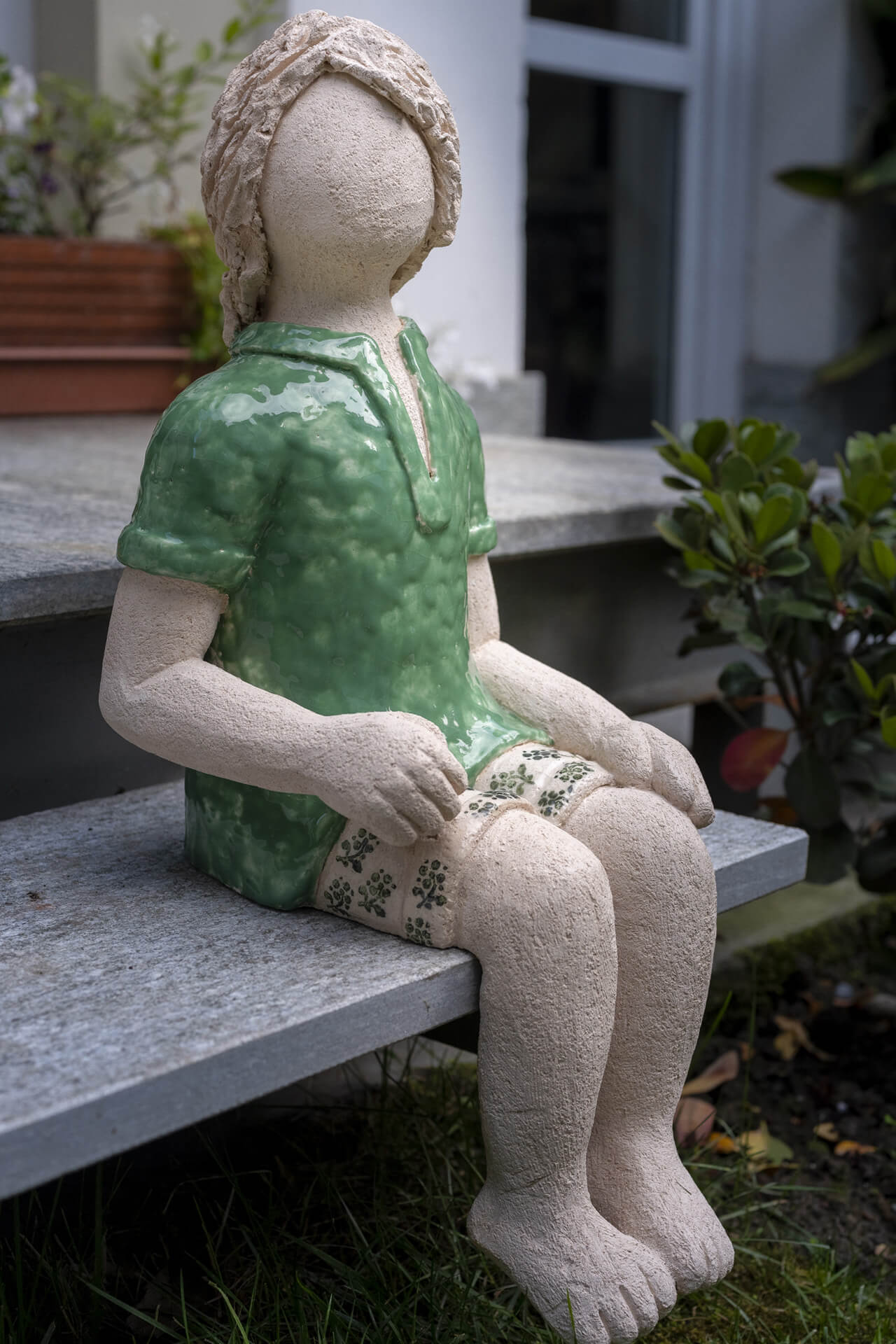 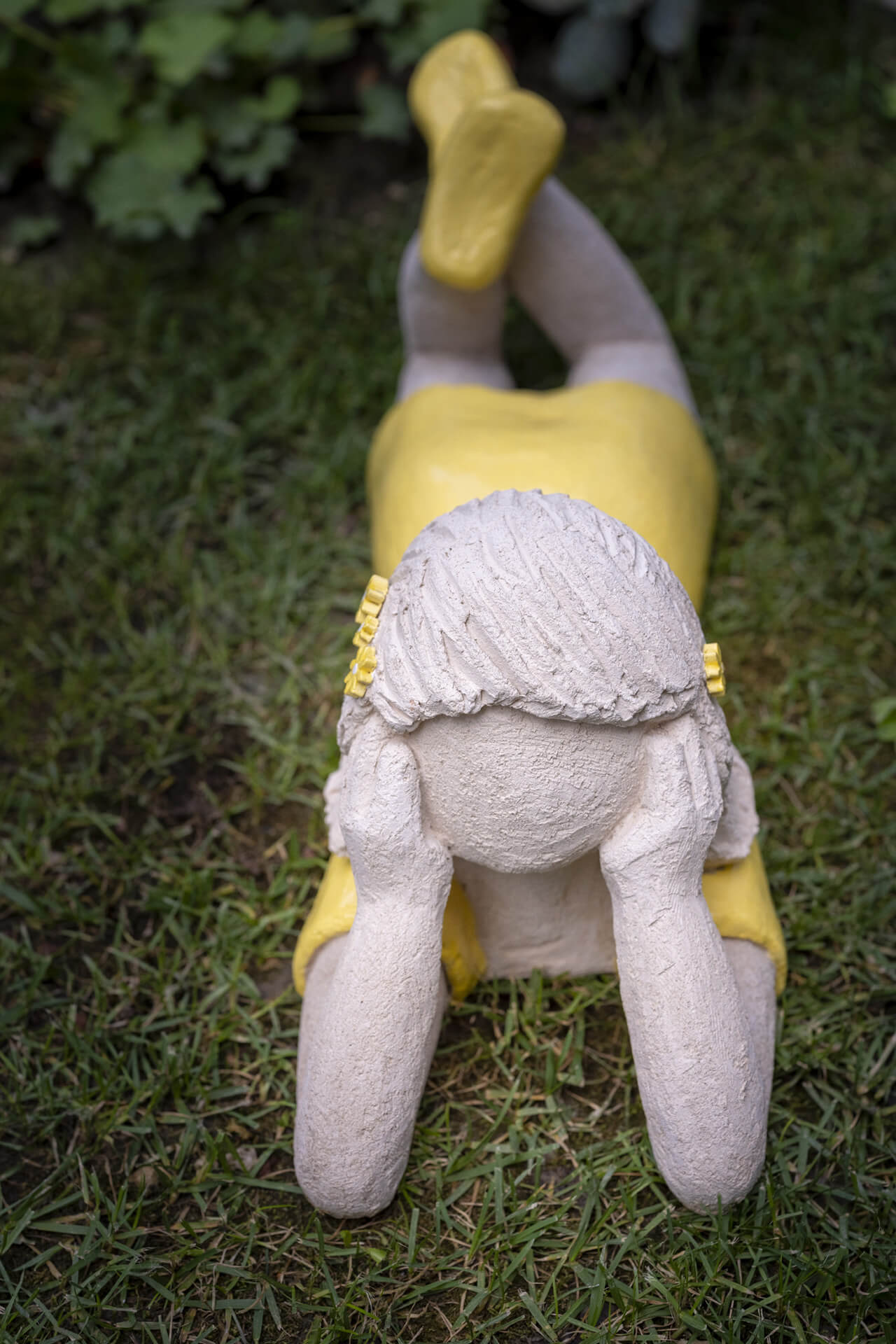 I met Giovanni a morning of April at Villa Sassi in Turin. Giovanni is a blond kid, nice, curious and soft, as I like, that as soon he had seen my sculptures scattered in the park, he started to watch them, going around them, to speak at them in his way. For Giovanni, to stay in their midst was normal, like they were his playmates. We knew chatting and sitting in their midst, me and him.
He decided who was his sister whilst we was placing on the grass Erika, Maria, Carolina, Elisabetta and Nicoletta; so he chose Erika with her long ponytails and a white crumpled dress on the shoulder.
He chose Erika maybe because she loved more history than math as him, and because his way to look and think of that sculpture was similar to him.
Watching Giovanni crouching there enraptured me, so I understood that was the moment to sculpt a kid, chubby, curious, a bit “wrinkled”, as I like. Like Giovanni is, with his attentive and insightful way to grab the world, but also a very dreamer.
An so, on 12th June 2019, finally "A CHILD IS ARRIVED". 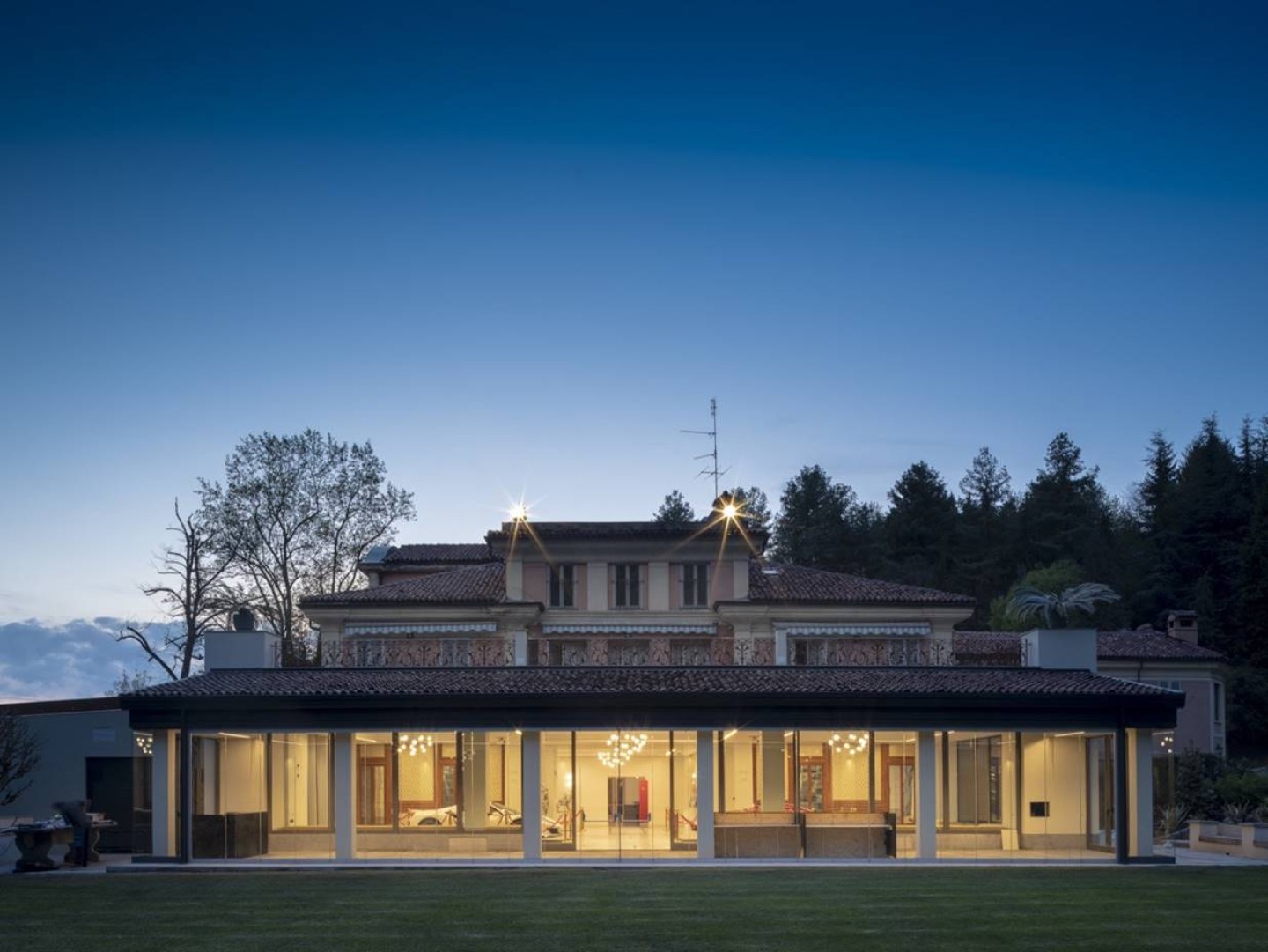 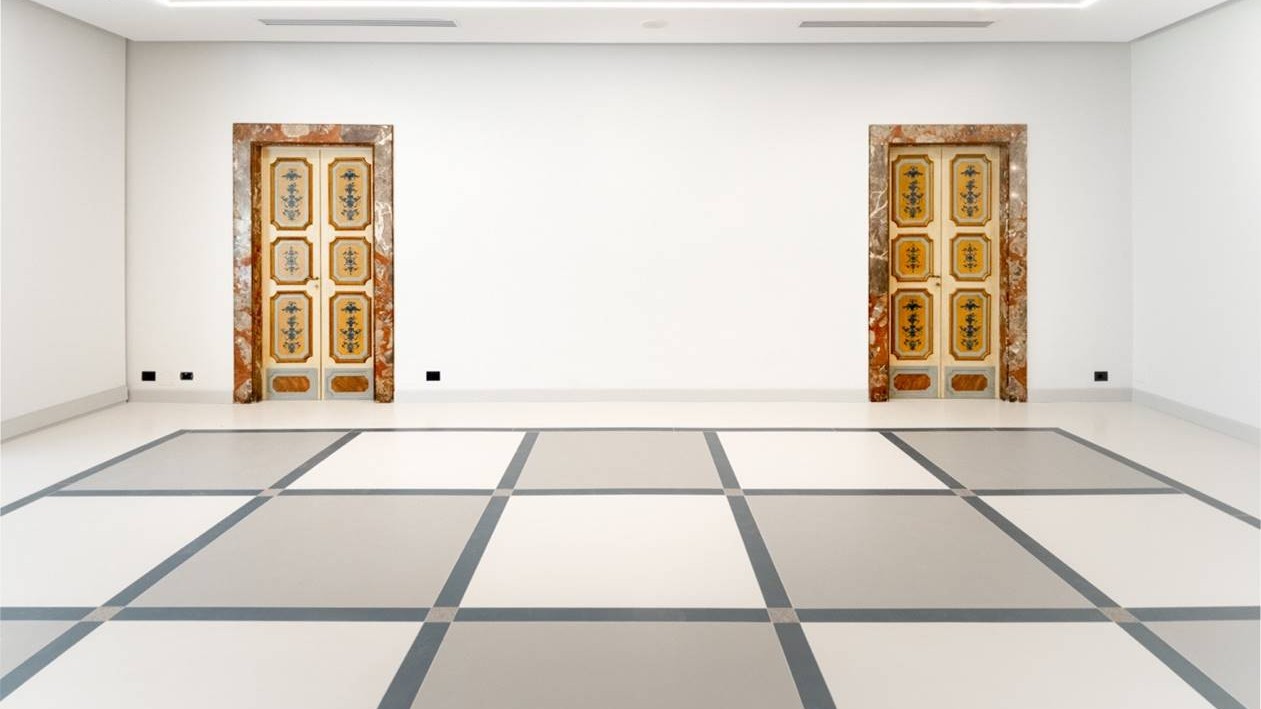 An architectural jewel with more than three centuries of life.

Villa Sassi, on the road to Traforo del Pino 47, a short distance from the start of the "denture" to Superga, is one of the emblems of the country residences of the Turin hill.

It was built in the late seventeenth century and was originally called Villa Roddi, named after the ancient owners. The original structure was changed at the beginning of the nineteenth century when a new building was added on the south side.

In 1790 the architect, measurer and admirer Giovanni Lorenzo Amedeo Grossi, in his volume "Guida alle cascine, e vigne del territorio di Torino e suoi contorni", wrote that the complex was "constituted by a grandiose palace adorned in two parts with delightful gardens on an artificial hillock".

The Marquises Della Chiesa di Roddi and Cinzano kept the property of this splendid and elegant holiday residence located a short distance from the city centre until 1832, then they sold it to the knight Antonio Nomis di Pollone. The current 22-hectare century-old park that surrounds it, with monumental trees, lawns, the belvedere and the wild wooded belt, is the result of a nineteenth-century reshaping. Here, on some occasions, the refined minister and entrepreneur Cavour had taken refuge, whose incessant activity was relieved in the midst of the immense grace of paintings and interior furnishings, and that phantasmagorical green space outside, a real jewel that makes you think of the "Crown of Delights" of royal residences. Frequented by royal princes and crowned heads, it has always been a place dedicated to parties, dances and sumptuous dinners. 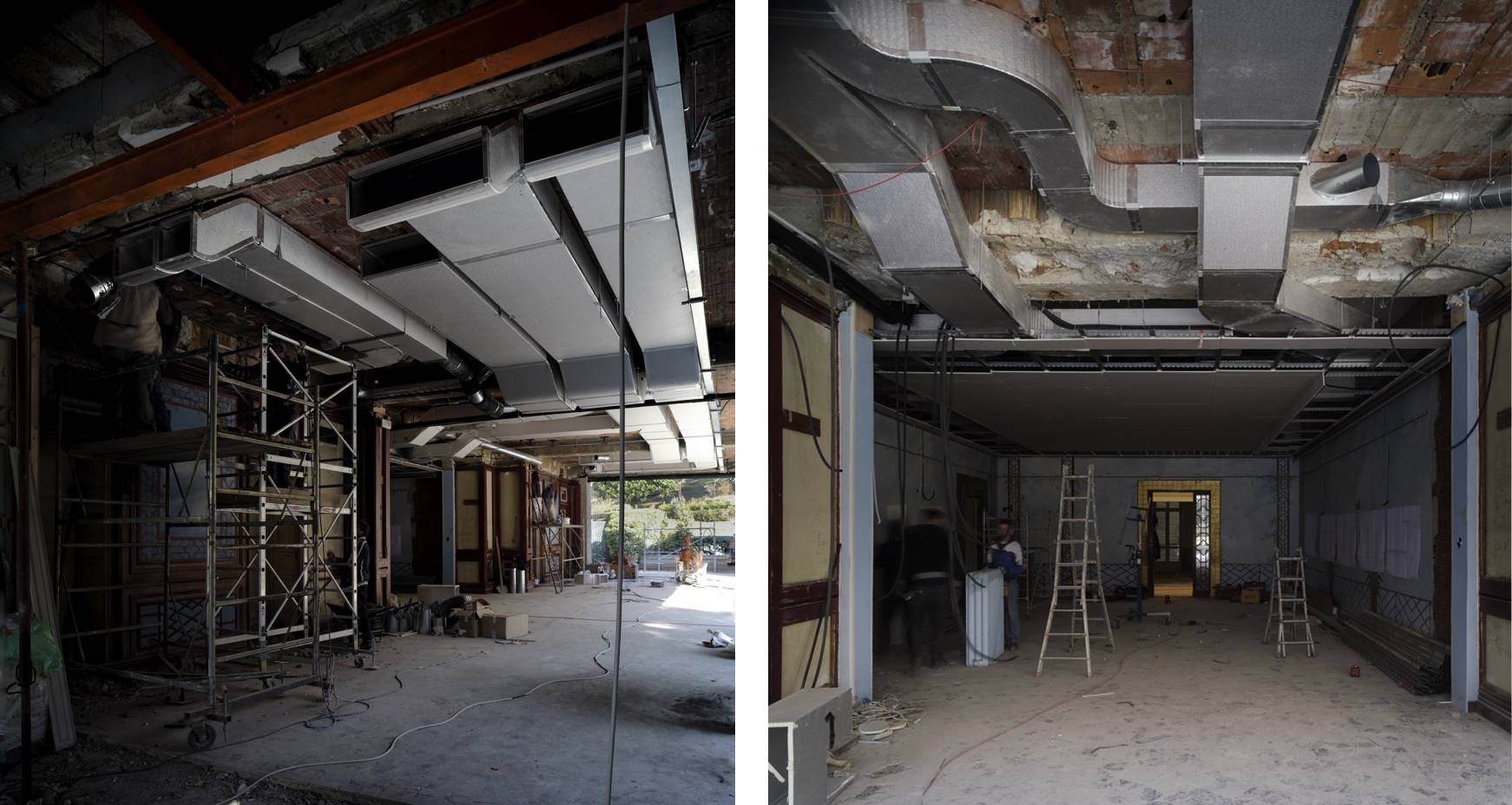 For some years now Villa Sassi has only lived on more than the memory of its fascinating past: the premises were now dusty and inadequate and only the majestic entrance to the park and the centuries-old trees preserved the past magnificence.

With the transfer of the property to GM Immobiliare there was a radical change in this decline and began an important restructuring that in this first phase was concentrated in the large halls of events. In the next few years the work will continue with the restoration and re-functionalisation of the entire large property complex.

The enhancement of Villa Sassi has been based on a conservative restoration of the authentic portions of the old house and on a total revision of the wings added during its long history. The large ballrooms, which were previously connected to each other but were characterized by different and uneven finishes, were treated as a single, airy space. But its flexibility has also been enhanced with the opportunity to host several events at the same time.

The external wooden doors and windows, which were last renovated in the nineties, have been replaced with large metal windows that allow panoramic views of the garden and the city.

The light colours, the technical shading curtains, the stoneware floors enriched with mosaic inserts and brass blades, the fabric upholstery, the restored antique boiserie, the blown glass chandeliers: all contribute to creating a fresh, comfortable and welcoming atmosphere.

In addition, the lounges have been equipped with the latest audio and video technologies to accommodate not only entertainment but also congresses, corporate conventions, meetings.

In the images we have summarized the interventions of this first batch of works condensed in just three months of closure of the activity.

Villa Sassi was reopened on April 6, 2019 with a grand opening, distinguished guests some iconic car models of Ferrari. 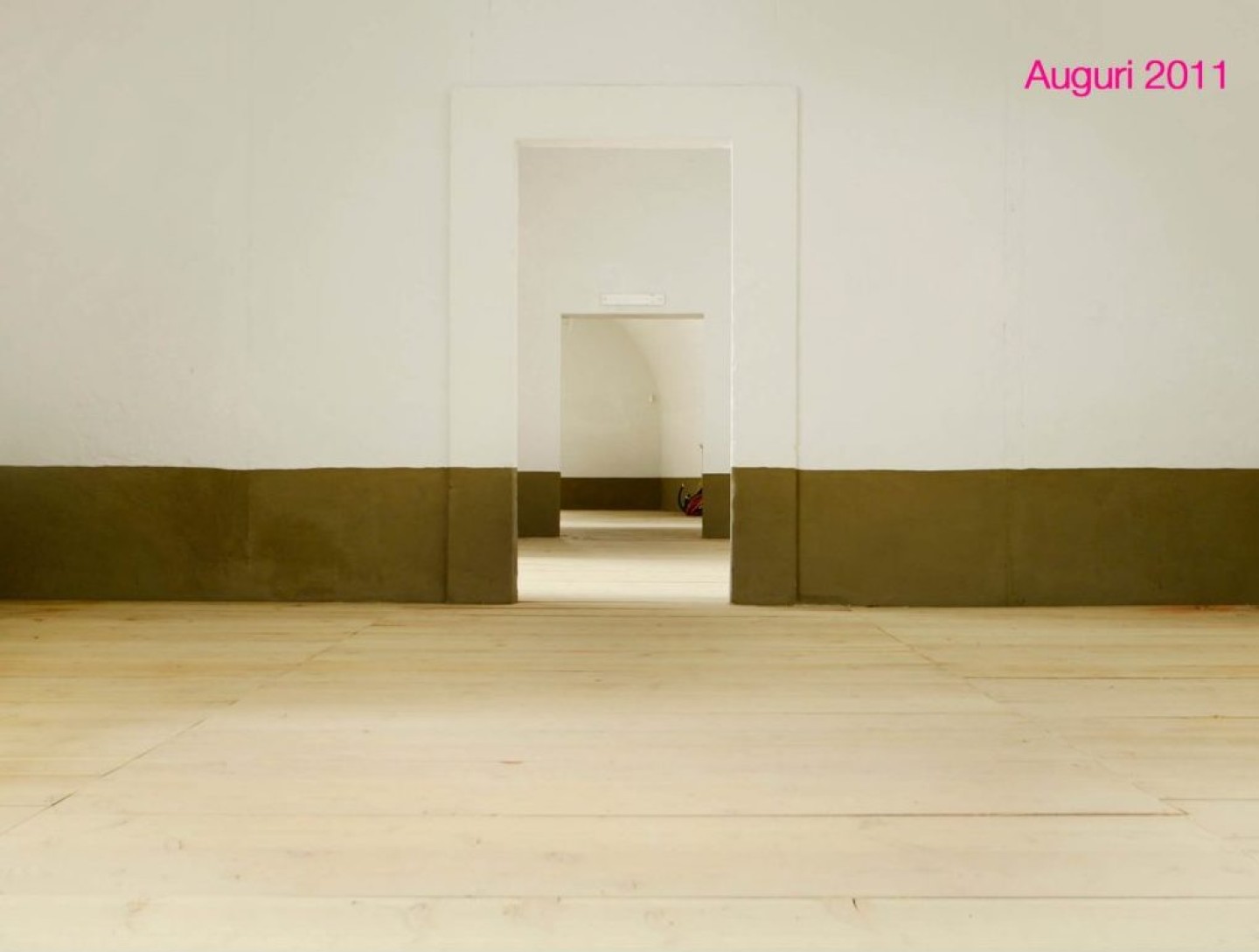 Starting from Christmas in 2010, the year when Lageardarchitettura was founded, we have established the tradition to produce a postcard for the Christmas wishes. During the years, this is become something more, an occasion to illustrate our aesthetic, the pleasure to research, the graphics we are passionate about, the colors we love.

At this point, this is almost a ten-years collection, an images story of the path we have done and which we are really glad of.

This year the postcard is also a small video, to demonstrate we never finish to experiment, to renew ourselves every day and look for new tools to manifest us. 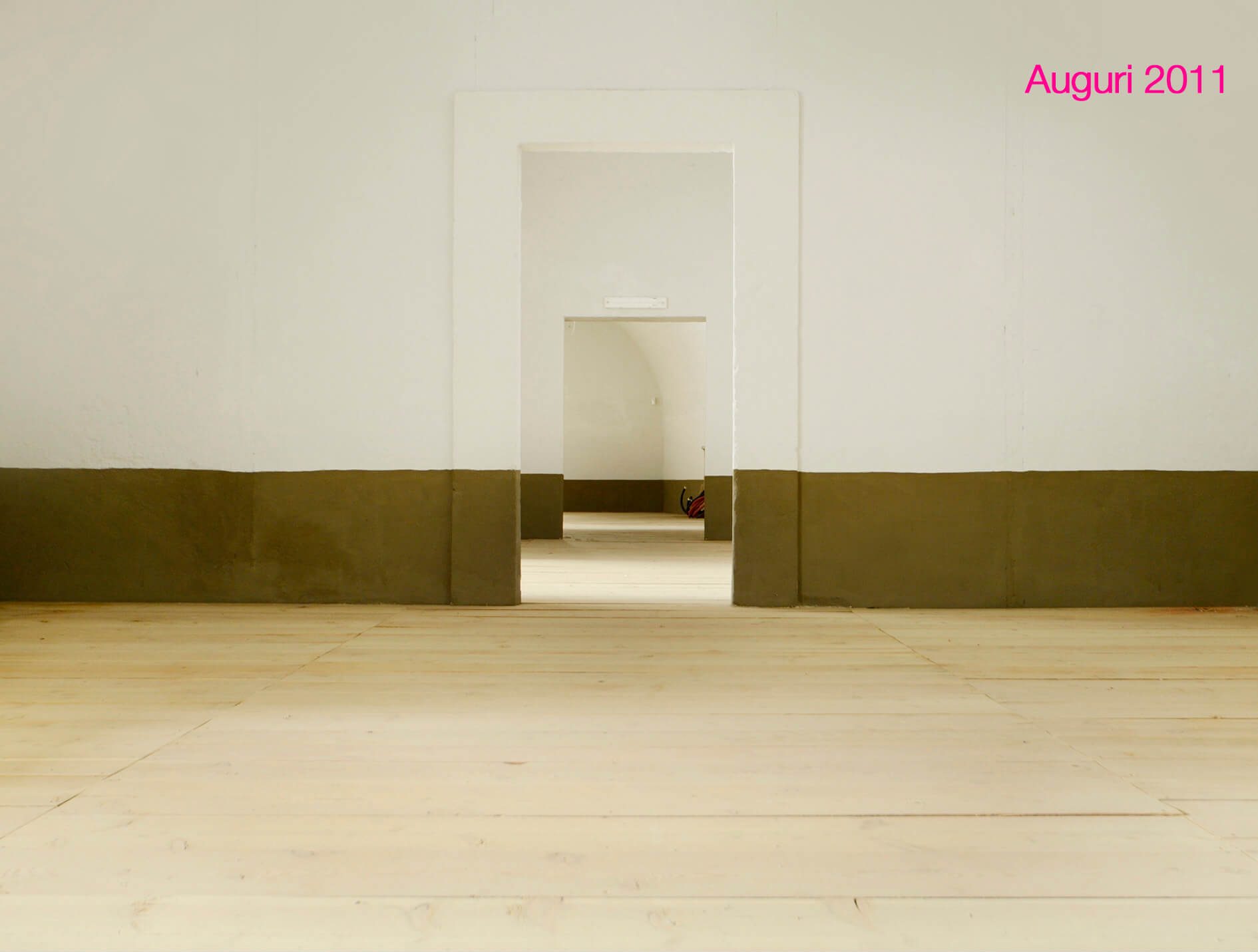